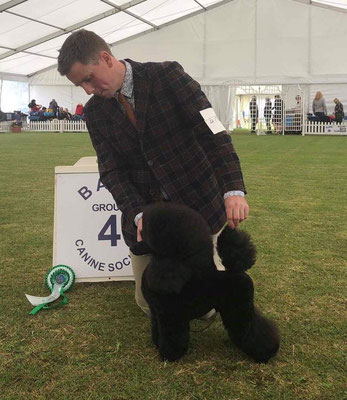 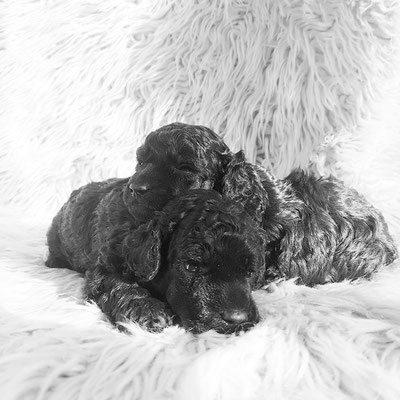 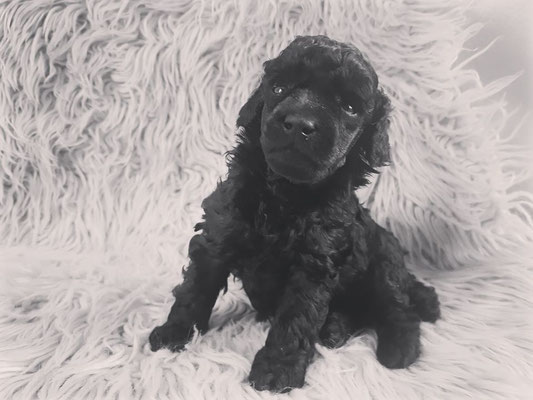 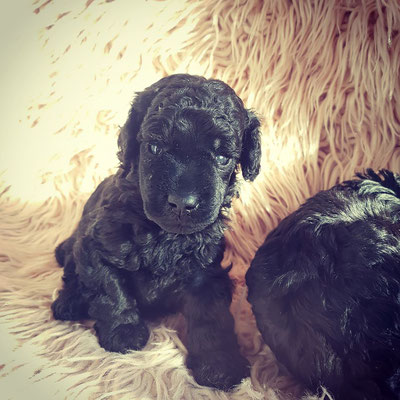 Proudly we will introduce our new toy litter of 2 black girls.

They are sired by UK ch. Divining Rod's Happy Ever Afterglow "Finn"
and out of our Swan Sensation After Party "Sydney".

Finn is bred in Finland by Piia Hasu (Divining Rod's Kennel) and owned by the famous Afterglow Kennel in UK.


A beautifull bloodline who we loved for many years.

Many thanks to Mike, Tom and Jason for letting us use the amazing Finn.

Both girls are reserved.

Today we had the 2 toys with us, Leps was after 6 months again in the ring, and he made us proud again!

he won the Breed with CAC en CLUBWINNER'19 Title!

But Tonya was star of the car, she won the biggest class of the day with Junior CAC and BOB Junior. But she did not only won the junior class, she also won the CAC and BEST OPPOSITE SEX!! over Champion class!

In the mainring Tonya did a super job, she never poot a foot wrong for us, the Judge loved her and gave Tonya the honour of BEST IN SHOW JUNIOR!!! 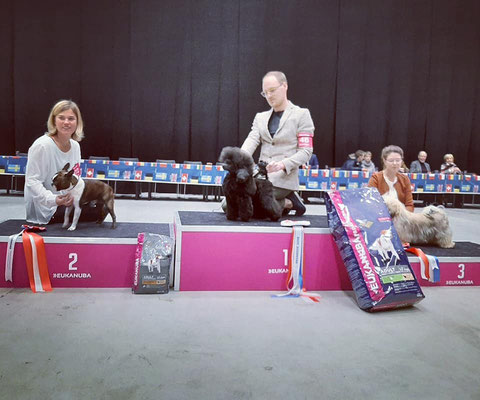 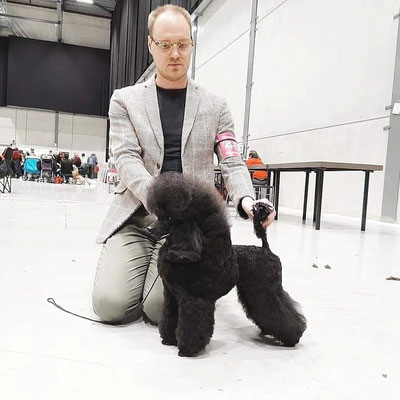 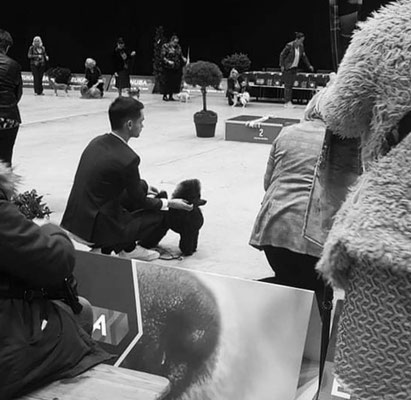 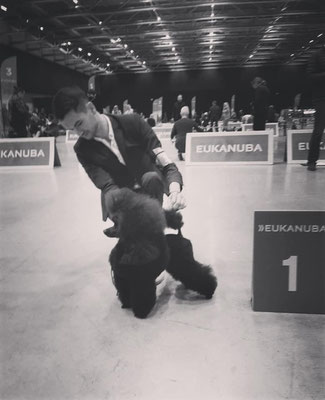 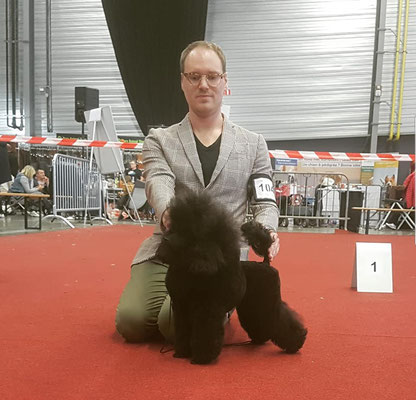 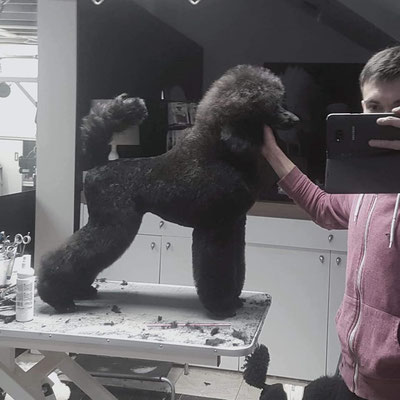 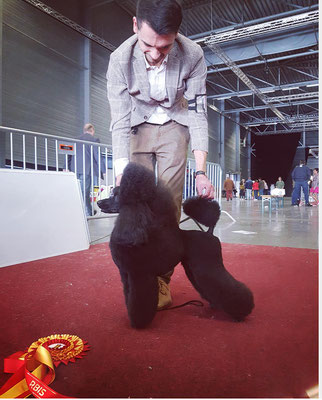 It was a girls day today, and all 3 made us proud!

Julia won BEST OF BREED - BEST IN GROUP en R. BEST IN SHOW!!
Tonya (Afterglow I Tonya) Won the Breed to at a age of 10 months!

Bunny (Afterglow Elektra Abundance ) had her debut in puppy class, she won BPIB en later on she won a very nice RESERVE BEST IN SHOW Puppy.

This time we took Cis the medium and Giggle the toy with us.

Cis was our star of the car as he won CAC-BOB! and he goes all the way to BEST IN SHOW!!!

Giggle our first own breeding was entered in junior class, she won her class with JCAC! Giggle was also BOS!

For the first time we crossed the border of Germany, Leps was both day entered in Champion Class.

and took the BEST OF BREED!

Sunday was even better

1st excl. With CAC- VDH-CAC and CACIB. So now he also has the Spring winner'19 title on his list.

also today he won the honour of BEST OF BREED!

In a very high quality group 9 Leps showed him self to R. BEST IN GROUP!!

Very proud on our boy.

Many thanks to all judges: G. Walther, S. Sinko and S. Wachter

Wow!! What a day for Cis the Medium>

He was for first time entered in open class, so we hoped he get his first CAC to open his belgium title.

So Cis did what we hoped for, but not only that. Cis took it all!!

He won 1st in Open class, Best male with CAC-CACIB and the honour of BEST OF BREED!!

In the afternoon he won a high quality group 9> If that wasnt enough he took the honour of BEST IN SHOW!!!!! over an entry of 1300 dogs! Very proud on this only 2 years young boy!

Cis is owned by Els and Peter van Zeer - Teurlinkx

Handled in the breed by : Martin

Handled in the group and BIS : Sebastian 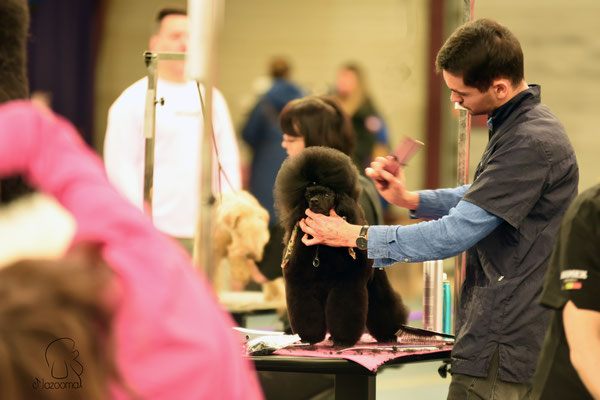 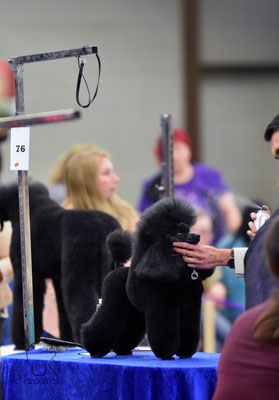 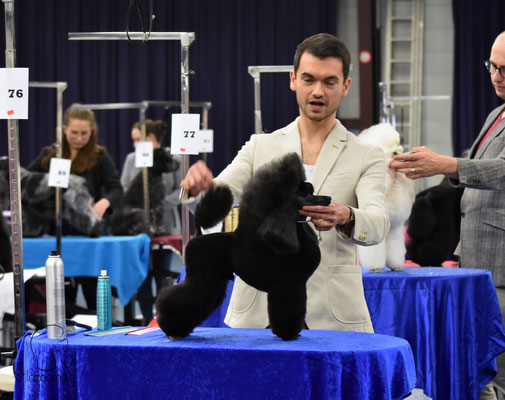 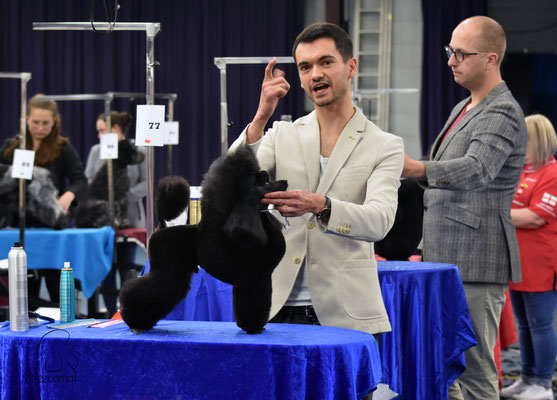 Grooming Competition Around the Clock (NL)

After almost a year Sebastian competed again at an grooming competition, this time with his best friend Leps "Christmas Spirit Superior World". Leps and Sebastian started on sunday afternoon in Poodle champion class, after some hours of work the judges selected 3 top groomers to the finals.

Sebastian did an amazing job by winning the huge Champion class poodles with a really thought competition.

Later on he went back for the best in show, the 3 judges let Sebastian win the honour of BEST IN SHOW!!

Really happy and proud of this duo who again won a BEST IN SHOW together!

A super start of the new year at the Int. Dogshow Genk, the very first show of the year and we entered only Leps ( Christmas Spirit Superior World)

He did a fantastic job by winning the CAC-CACIB Best male, and now he can add the Belgian Champion to his list, also he get the honour for being BEST OF BREED under Judge J.Dupas, later in the ring of honour he did an super job by winning BEST IN GROUP #2 under judge T. Jakkel

In the evening we entered him at the Champion of Champions gala diner-show. Leps moved his socks of and went BEST IN SHOW!!!!

We are so proud of this little Toy male.